The Cultural Impact on Art Collecting
Experiences of Olyvia Kwok

The Cultural Impact on Art Collecting

Experiences of Olyvia Kwok
Do you consider
yourself
adventurous?
ART COMPASS Issue 28

Art collection is considered one of the most profitable investments in the world. According to successful art collector and investor Olyvia Kwok - “In 2007 the art market was valued at £7 billion and it is now valued at £20 billion. The market has tripled.” This trend is expected to continue, giving increasing opportunities to make money from art investment.

Art is a powerful tool for change. It has led to many social movements throughout history and can influence society by changing opinions. Art also allows people from different cultures and different times to communicate with each other, as it preserves what fact-based historical records cannot: how it felt to exist in a particular place at a particular time. There are various cultures that have shaped and influenced art and made it appear as how it does these days. Art itself is also influenced by cultural differences and work is often a reflection of the artists own heritage and culture. Below, we are going to look at, are some key cultural trends affecting art around the world. 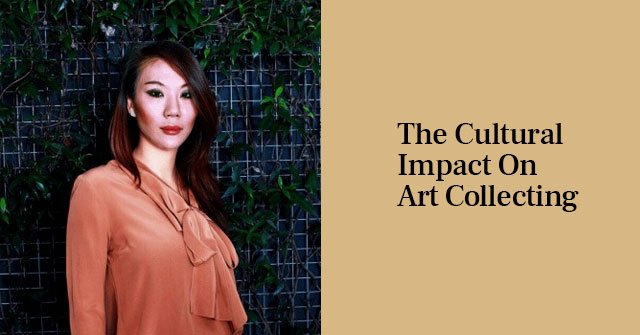 Chinese painting is one of the oldest continuous artistic traditions in the world - and so innovative that it was centuries ahead of the European art movement. Kwok explains how Chinese people are ‘generally more appreciative of their own culture, they’re more interested in their culture and politics.’ This is portrayed in how Chinese art has evolved through the ages to reflect changes in society. One of the outstanding characteristics of Chinese art is the extent to which it reflects the class structure that has existed at different times in Chinese history.

Chinese art has taken many different forms and changed dramatically over the ages. It was heavily influenced by a series of dynasties, as well as political collapses, wars, and famines. Chinese philosophy and religion also had an impact on artistic styles and subjects. Changing Chinese artistic traditions were preserved by scholars and nobles throughout the ages. The art of each period can be distinguished by its unique characteristics and developments. For instance, calligraphy established itself as one of the major Chinese art forms during the Han dynasty (206 BCE - 220 CE)

European art has a varied history that can be arranged into a number of stylistic periods including - Classical, Renaissance, Baroque, Neoclassical, Modern and Postmodern. The art forms of each period were heavily influenced by social expectations, styles, and philosophy of that era. The Greeks and Romans both had a notable influence on early European art. Romans demonstrated true artistic talents that could be reflected in their sculptures, architecture, and paintings. Roman art can be characterized by its intense emotional expression, concern for classical clarity of weight, and technical perfection. Greek art is extremely well known for its intricate panel paintings and sculptures that were usually used to depict mythological characters or significant people in Greek history.

In the 1800s, the Christian church was a major influence on European art, and the commissions of the Church provided the major source of work for artists. The history of the Church was very much reflected in the history of art during this period. Modern European art produced from the 1860s onwards can be characterized by a shift from traditional to a more experimental abstract art form. More recent artistic production is often called contemporary art or postmodern art.

The United States' rich artistic history stretches from the earliest indigenous cultures to the more recent globalization of contemporary art. In the 1700s early colonist art consisted of realistic portraits and historical painting, as well as handicrafts such as embroidery samplers and ivory carvings. American Impressionists later designed artworks which portrayed the rise of machines and the effects of the World War on American societies. Other popular art movements in America include - Regionalism, Gothic and Art Deco. All of these reflect how life was at the time and portray the hardships faced by American people, largely as a result of the World Wars.

Throughout history, artworks have been produced as an imitation of the culture and society in which they were created. According to Olyvia Kwok “You have to have very good knowledge. I think, geographically, I have quite a good advantage because I’m Chinese and then I grew up in England, so I think my mentality could be quite European. I also lived in Miami - so I can do a combination of it all." To be successful in art collection, it would, therefore, seem that it’s important to understand how cultural differences affect art and attitudes towards art around the world.

About author Ella Hendrix was born 1965 in Amsterdam. She works mainly with oil paintings and ceramics.
art collecting
Sing up to the Art
Weekly email