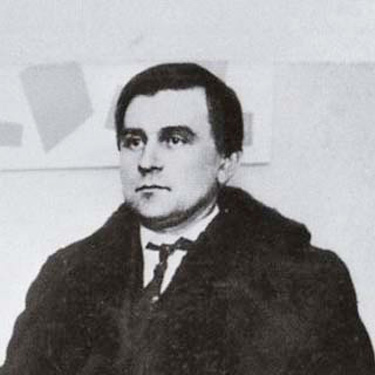 Kazimir Malevich was a pioneering Russian painter and creator of the Suprematist movement. His seminal Black Square (1915) and Suprematist Composition: White on White (1918), are often cited as some of the earliest abstract paintings ever produced. "The black square on the white area was the first form where the nonobjective feeling came to be expressed," Malevich wrote. "The square = feeling, the snowy area = the emptiness beyond this feeling." Born on February 23, 1878, at Kyiv, Ukraine, he studied at the Moscow School of Painting, Sculpture, and Architecture where he learned to paint in an impressionistic style. At college, he fell in with the Russian avant-garde group called the Soyuz Molodyozhi, headed by Vladimir Tatlin, and engaged in their group shows. Malevich would temporarily come into a star, with exhibitions throughout Europe, before being condemned as a bourgeois artist from the Stalinist regime. 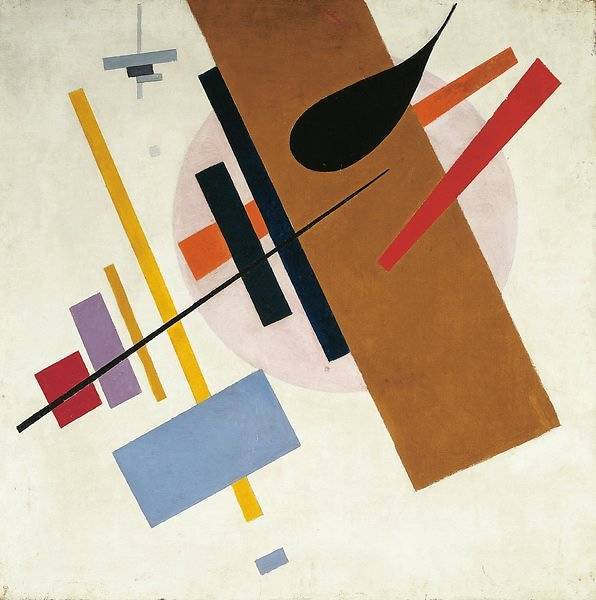 “Man, as a form, bears within him the eternal principle of being, and by economic movement along his endless path his form is also transformed, just as everything that lives in nature was transformed in him.” ― Kazimir Severinovich Malevich
Forced to adapt, Malevich returned to his earlier style of depicting peasants and landscapes at a conventional Impressionist-like style. He died of cancer on May 15, 1935, in Leningrad, the Soviet Union at age 57. Today, his works are held in the collections of The Museum of Modern Art in New York, the Tate Gallery in London, the Hermitage Museum in St. Petersburg, the Kunstmuseum Basel, and the Albertina in Vienna, among others.
“Art no longer cares to serve the state and religion, it no longer wishes to illustrate the history of manners, it wants to have nothing further to do with the object, as such, and believes that it can exist, in and for itself, without "things" (that is, the "time-tested well-spring of life").” ― Kasimir Malevich

"The square is not a subconscious form. It is the creation of intuitive reason. The face of the new art. The square is a living, regal infant. The first step of pure creation in art.

By "Suprematism" I mean the supremacy of pure feeling in creative art. To the Suprematist the visual phenomena of the objective world are, in themselves, meaningless; the significant thing is feeling." 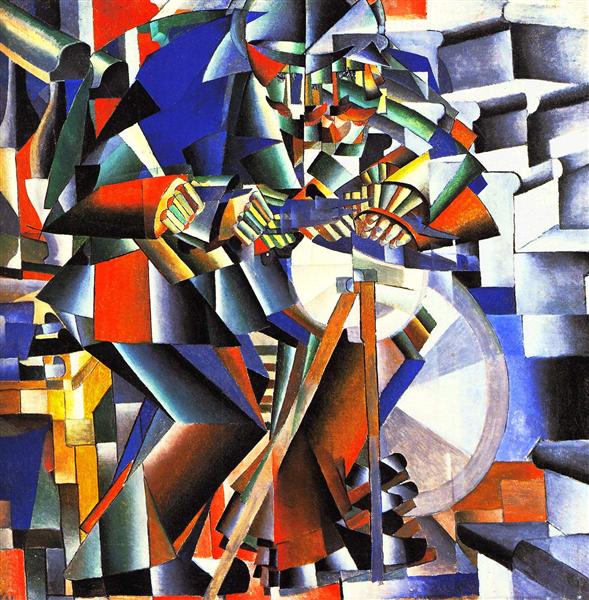